“You are a racist!" - Analysis of a Twitter storm

For a few days last June, I was abundantly called a racist, or islamophobic, or both on Twitter.

The culprit: a cartoon on the anti-abortion decision of the U.S. Supreme Court.

Let’s take a look back at a troubling experience - which tells us a bit about our era of social media. 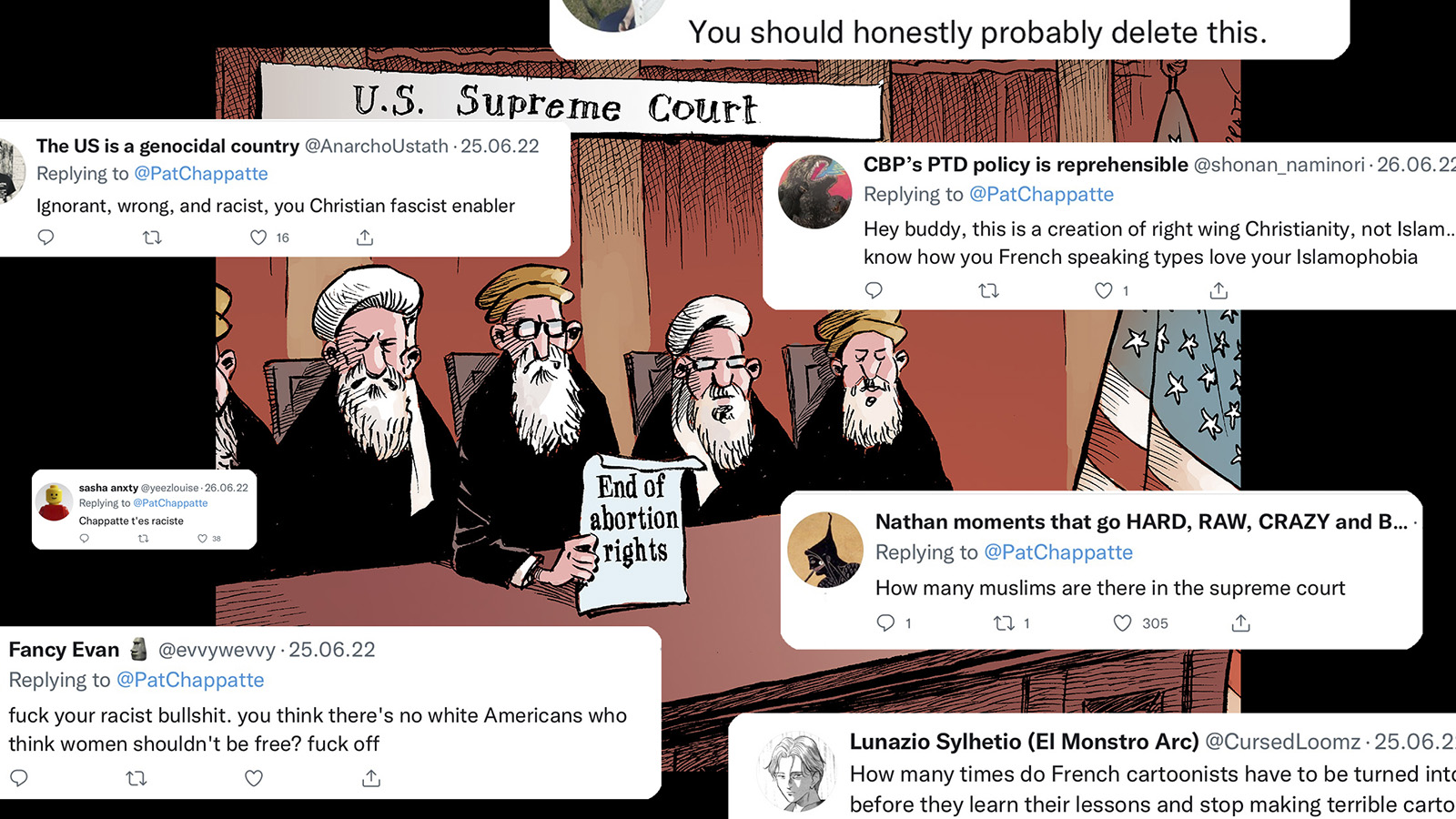 [August 20, 2022] To me, it looked like a visual idea, simple and direct. One of those editorial cartoons that jump at your face. It did. Except... not the way I imagined.

To comment on the U.S. Supreme Court striking down Roe vs Wade, I drew Taliban in the chairs of the Supreme justices. Published on June 25, 2022 in the Geneva newspaper Le Temps, posted automatically the same day on my social networks, both in french and in english, the cartoon initially did well with my audience. Then, after 24 or 48 hours, Twitter started convulsing. For the first time, I experienced a phenomenon I had talked about: being chased by a Twitter mob.

The comments ranged from the very prosaic "How many Muslims are there on the Supreme Court?" to the more elaborate “Hey buddy, this is a creation of right wing Christianity, not islam" or “This cartoon is harmful because it diverts attention from the truth: those responsible (…) are radicalized white Christians”. Experts in systemic racism bias came running: "Translation: a Westerner cannot be reactionary and backward, only the Oriental is". Often, people went straight to the point: "Fuck you racist bullshit”, or “You fascist enabler”. I was given helpful advices, "You should probably delete this”, as well as definitive conclusions: "You piece of shit!” A guy wondered how many times French cartoonists had to be turned “into a pack” before they learned their lessons... Right. This is Twitter after all.

Have you ever tried to debate on Twitter? It’s like trying to argue with a train that's racing at you. Anyway, I have a rule not to comment on social media. When the cartoon is done, it's posted, I'm out, I said what I had to say. The worst thing for a cartoonist is to have to explain a cartoon. But I'm going to break this Rule. Because this incident shows that in the same crowd, we no longer see the same things. And it is not useless to review some key elements of satire.

First, I confirm: there are no Muslims in the American Supreme Court. Even less bearded men with turbans, if you watch TV well. The process of putting Taliban in the place of U.S. judges is called a metaphor. A comparison of two retrograde attitudes.

But I confess: I didn't make explicit the references I was using. I did not stick a little label with the word "Taliban". As a hint, next to the Pashtun turban worn by religious leaders, I used the hat of the mujahideen, the pakol, so that the reader would go "Oh yeah, those are Afghans! (But as afghanologists will tell you, the Tajik pakol does not suit the Taliban at all). And by mixing in the black robes of the U.S. justices, I even blurred the lines more: one could see Iranian mullahs here. I don't mind; to me, even so, the cartoon does work.

"It's about American hypocrisy"

So: why go looking for the Taliban, or the mullahs, to denounce a decision of Christian fundamentalists? Precisely! This cartoon is a mirror held up to the United States, to its foreign policy obsessions and moral crusades: you are, after all, the very extremists you claim to be fighting. It is a critique of American hypocrisy, nothing else, and the majority of readers understood this. End of the image explanation. But the real issues begin.

An image offensive to Islam? Sorry, this offends me. When I draw an Iranian mullah or a Taliban chief, I don't see the Muslim, but primarily a conservative theocratic leader. To use fashionable vocabulary, this cartoon is precisely, to me, an example of "punching up", not "punching down". The idea that criticizing the Taliban equals attacking Muslims leaves me breathless. Sadly, this is a victim mentality reflex that is pretty common nowadays. It is also characteristic of a new progressive ideology that is so obsessed with ethnic, religious or gender affiliations that it no longer sees the hierarchy of social classes, power and money - which precisely relegate Afghan women, deprived of education and rights, to the bottom. This exclusive reading of socio-economic realities recognizes primarily a "victim", an essentialized Muslim, where I designate the "dominant", the Taliban leader. Those who think in this way do not see same world I see. We are not looking at the same cartoon. And the sad reality is that I will never be able to convince them.

In the spirit of "intersectionality", the Twitter account @lecoindesLGBT joined the mob. But its followers - certainly from the French-speaking LGBT community - didn't blindly follow in: on the contrary, it's in their ranks that can be found the most nuanced comments: "I read this drawing more as a criticism of the U.S. hypocrisy", "You're out of your mind. Criticizing Iranian mullahs is racist now?" or "Pointing out to Americans that they have become what they spent 21 years fighting is not a bad thing". This nicely contradicts those who want to divide the world into "progressives" and "reactionaries".

This whole thing has remained modest, let's say a level-2 or 3 storm on a scale of 5. Limited to Twitter (my two Facebook accounts and my Instagram remained quiet, the rest of the web didn't notice), it mostly shook my english account, for five or six days which seemed long. Long enough to make me feel like it was coming from all directions. Very few people will come to your rescue or try to bring nuances to the conversation. By engaging in the debate one runs the risk of enflaming the ire of the pack. Being in the crosshairs is a lonely place. But the feeling can be misleading: if you take a closer look at the Twitter stats (see below: ""On the dynamics of a Twitter storm), you'll realize that the shouts of the angry crowd seem in fact to be largely muffled by the silence of those who agree.

"Humor is a permanent friction"

The conclusion of this story?

Twitter is a noise amplifier, in front of which most individuals, institutions and companies - including traditional media - remain intimidated. The new activists, on the other hand, understand the leverage effect of these social networks that they have experienced along with the baby bottle. The little bird tweets loudly - and it can scare off big elephants.

As for the insults, the over-the-line stuff, they are part of what the 2021 Nobel Peace Prize winner, Filipino journalist Maria Ressa, calls a "toxic sludge that’s coursing through our information ecosystem". (Watch her talk at the invitation of our Foundation in Geneva) It's all by design: this is the very business model of social networks. Their culture of endless warfare is infusing our social relations and civic discourse. It is a poison that is slowly eating away at society.

And aside from that, what’s the lesson for the cartoonist? Humor is a permanent friction. What we draw must necessarily evolve with the sensitivities of the time. But on this particular cartoon, I still agree with myself. Should I be more explicit in the future, though? Less allusive? Will I have to stick explanatory labels all over my cartoons? Perhaps. But see, the thing is, I hate labels...

Let's take a look at the Twitter stats: On the @PatChappatte feed, which has 25k followers, the original tweet of this cartoon garnered nearly 840k impressions - pretty viral. In a positive or a negative way? The original post shows the following details: 207 comments (mostly hostile), 408 quote tweets (almost all disapproving), 607 retweets (supposedly favorable) and 1656 likes (favorable). This is, at the first level of the publication, 615 negative reactions and 2263 positive ones. So, in the end, only 27% of negative reactions.

The @Chappatte feed in french language, which has more followers (35k), remained almost unphazed: 68k impressions, 19 comments (both favorable and hostile), 44 quote tweets (mostly hostile), 384 retweets (favorable) and 855 likes (favorable). Let's say 54 negative reactions and 1248 positive ones, this means less than 5% of negative reactions. Could there be a cultural aspect to it? Do French readers better relate to the intentions of this cartoon? (Or are they all a bunch of racists?...)

These numbers are very imperfect, they don't take into account, beyond the initial publication, the comments and retweets of my detractors' followers. But it's also difficult to measure the "likes" and "retweets" of all those who liked and retweeted the original post. This would require some precise analytical tools that I don't have. But this little experiment seems to confirm that we often give a disproportionate importance to social networks.

Also read: «The end of political cartoons at The New York Times», by Patrick Chappatte, June 10, 2019 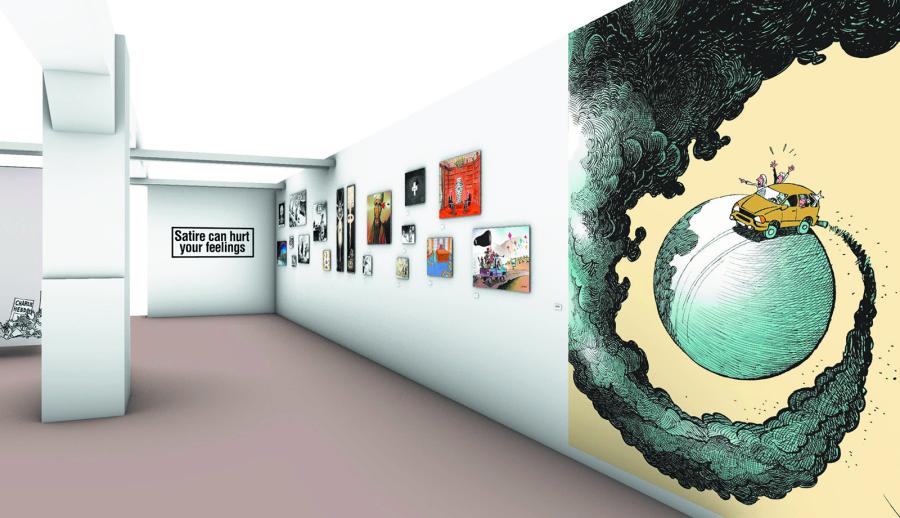 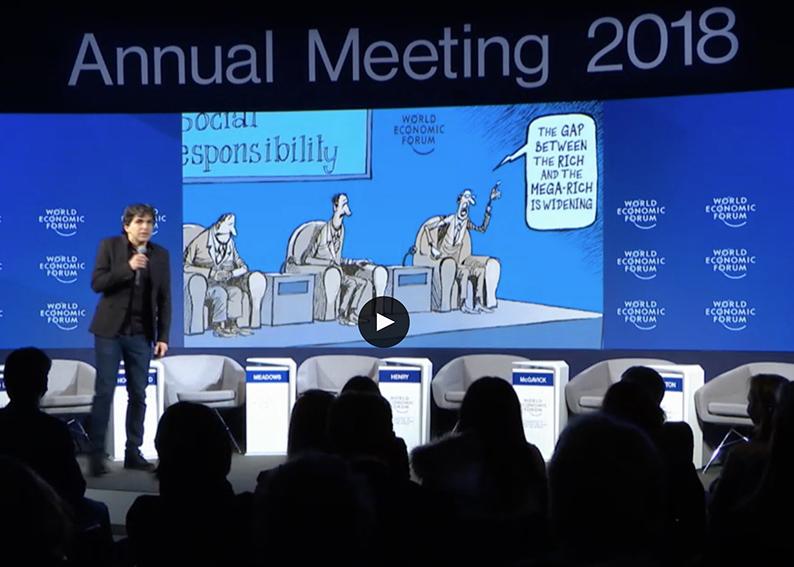